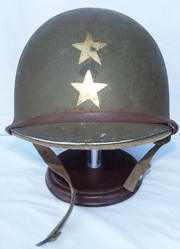 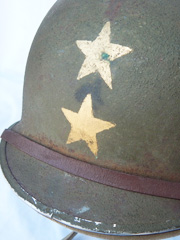 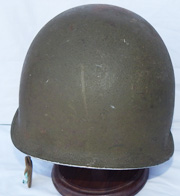 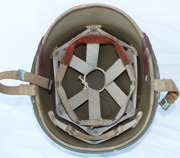 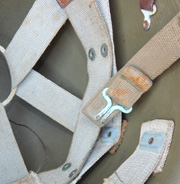 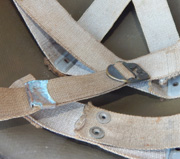 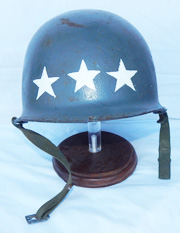 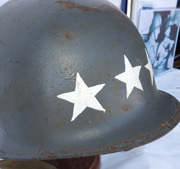 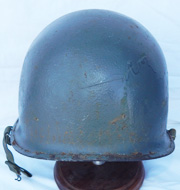 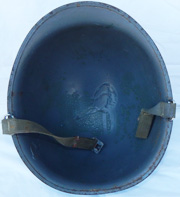 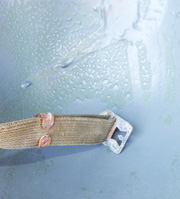 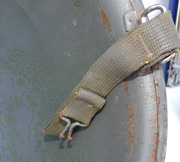 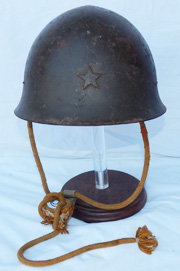 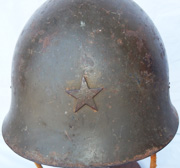 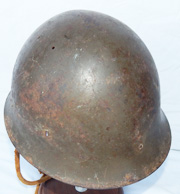 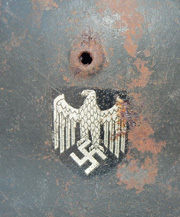 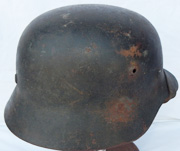 WWII – Korean War Admiral Arthur Dewey Strubble Helmet Estate. This is an incredible grouping that we were able to purchase straight from the estate of one of his children. Adm Strubble entered the Navy in 1911 and retired in 1956. We joked that he was probably the most famous unheard of Admiral in the Navy. In the late 20’s he was on the USS California and right before Pearl Harbor he was on the USS Arizona.  In late 1943 he became Chief f Staff to Admiral Kirk who was in charge of US Naval forces at Normandy. Then in 1944 he was put in command of an amphibious group that was with the Invasion of Leyte. He then goes ashore with MacArthur and there is a statue today commerating the Leyte landing and his name is at the top. In 1948 he is promoted to Vice Admiral and was the Deputy Chief of Naval Operations. In May 1950 he takes command of the Seventh Fleet and leads the Navy through the first year of the Korean War to include the Inchon and Wonsan landings. Later on he is part of the Joint Chiefs of Staff and before he retires he is the commander of Eastern Sea Frontier and the Atlantic Reserve Fleet. He passed away in May 1983.. This group consists of items from his great career.

There is his helmet he wore during Normandy. Standard fixed loop M-1 helmet with two gold stars painted on the front. This helmet also has a beautiful Hawley liner in it. I have not taken it out of the helmet as I trust myself not messing up the leather sweatband holding it in place. From his Normandy time is also a single decal Army M-40 helmet that was given to him as a souvenir. Then from his Leyte time there is a Japanese type 90 army combat helmet. The helmet shows wear and the lining is loose, also has a replaced cord that was used as a chin strap.

Next is his Korean War Three star Admiral helmet. Again standard M-1 that has swivel loops but is still a front seam rim. This shell has been painted grey and has three really crude painted Admiral stars on the front. You can see how sloppy whomever painted it was as there are paint drips all over. But what is super cool is we have included a copy of a GETTY IMAGES shot on a ship with the Adm wearing this exact helmet and you can match all the paint drips.

Also included in the group is a set of his bullion shoulder boards, a bullion shoulder loop, his WWII gas mask and bag, his WWII knit jeep cap, a really hammered German small mine flag warning that is falling apart, a Colliers magazine with Strubble and MacArthur talking onboard a ship, and a binder of copied off the internet photos and awards documents that we found while researching him. The only thing not shown is there is also his Fore & aft cap and carrier case. Hat is in excellent condition but the exterior of the metal can has seen better days.

This is an amazing grouping and we have enjoyed it for a couple of years so its time someone else can enjoy it. It has only been out in the public twice, once at SOS and once at the West Coast Historical Military Collectors show, but in all honesty we told most everyone it wasn’t for sale…….