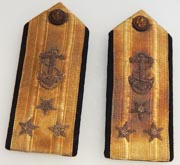 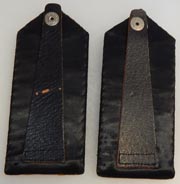 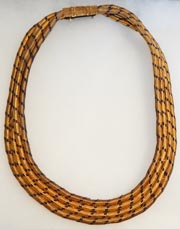 US Navy Admiral Dewey R Struble Insignia Set. This group is right out of the Admiral's daughter-in-laws estate sale. It consists of his bullion Vice Admiral's shoulder boards, that have been well used. Plus his gold bullion Aguilette / shoulder cord. Cord shows minor wear and the safety pin type closure shows minor use and wear.

Admiral Struble has an amazing career. Joing the Navy in 1915. Was on the Flagship the USS California in 1925. He was the XO on the USS Arizona before she was sunk. He commanded a ship at Normandy. Then was transferred to the Philippine for Leyte and came ashore with General MacArthur. In 1950 he was put in charge of the Inchon Invasion. Here is a link to Wikipedia for more of his career.  https://en.wikipedia.org/wiki/Arthur_Dewey_Struble