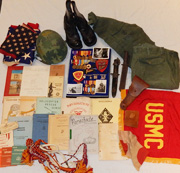 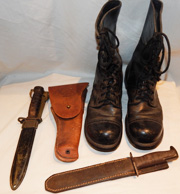 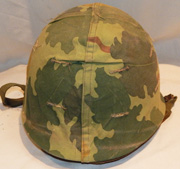 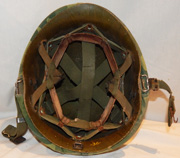 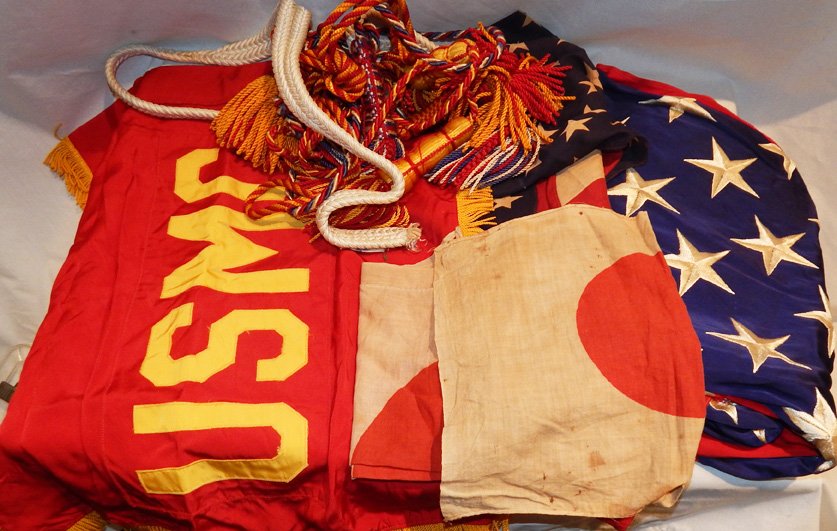 WWII-Vietnam US Marine Corps Test Unit #1 / Force Recon Founding Members Group. This is a large group and we have kept this for a few years but realized it is not what we collect. Group is named to D Garcia who went in the Marines at the end of WWII, then in 1950's joined the Marine Corps Test Unit which sent Marines to Army Airborne training, and then was one of the first Force Recon members and also helped to write the manual for recon. The following are part of this group:

A large assortment of insignia including his full size and his miniature medals, none named. A single dog tag, EGA cap badge and collar insignia, qualification badges, an Army jump wing, a mini USMC jump wing, A armt pathfinder qualification patch. Various cloth rank. Some great airborne training photos. A rare Japanese made USMC Pathfinder patch, you see lots of these but this is an original. A px style Japanese made 3rd Marine Division woven patch.

Imperial M-4 bayonet in a black painted M8A1 sheath. Has someone else's named scratched into it.

Cut-down M-1 Garand bayonet, that has been turned into a fighting knife. It has seen lots of use.

A large and small US 50 star flag

Nice complete group. These were the items we were able to purchase, but there is more out there and here is a thread to a few pieces on the US Militaria Forum.  http://www.usmilitariaforum.com/forums/index.php?/topic/148694-usmc-mctu-1-veteran-pioneer-in-force-recon-co/?hl=%2Bmarine+%2Brecon

There is a lot of stuff here and will be a bit heavy so shipping will be expensive if those goues outside the US.