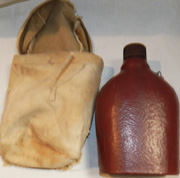 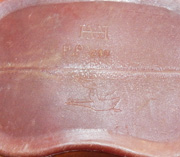 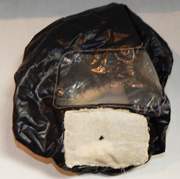 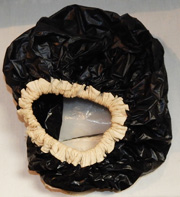 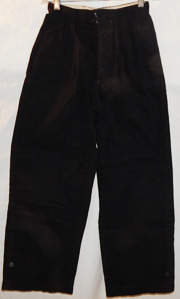 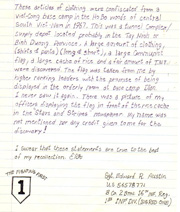 Incredible Captured Viet Cong Group With Documentation. THis is a great group all brought home by a 1st Infantry Division vet. Included in this group is a pair of black pajama sapper shorts. A pair of black trousers that are cut like a pair of khaki's. A single rubber sandal. An odd plastic, textured canteen that is a pinkish plastic and looks similar to a US canteen. On the botton are some letters and numbers with a bird flying over them. It is then in a field made khaki tie down pouch. The best piece in the group is a tunnel made gas mask. Plastic black body with sewn in clear eye section and gauze. Has elastic around base.  There are three letters he sent home describing to his family how and where the items were captured. The last piece is a letter the vet wrote to whomeever bought these items from him stating that he captured some of the items in Tay Ninh or Binh Duong Province. Great group and even cooler with provevance.